SALT LAKE CITY — On Saturday, the Utah Division of Wildlife Resources (DWR), Utah State University Berryman Institute, and the Hogle Zoo came together to discuss wildlife safety as part of Wild Aware. The partnership’s goal is to educate the public on how to be safe when encountering wild animals and convey healthy respect towards each species.

The Wild Aware event consisted of three booths, each set up by the partnering organizations. The first booth was run by DWR, where the conversation centered on being safe in mountain lion country.

“If you have a mountain lion counter, you have to do a split-second decision. If you’re right next to your vehicle, then you probably just hop in. But if you’re on a hike in the Park City area or wherever you’re at, and you see one on the trail, that’s when it gets spooky for people,” said Outreach Manager Scott Root of the Utah Department of Wildlife Resources (DWR). “And we tell people, your instinct might be I’m going to run back down the trail. Just like your house cat, it might trigger that prey instinct. So basically, stand your ground. Raise your arms to appear bigger and make lots of noise which I promise will come naturally. That’s where a mountain lion thinks, oh no, that is not a deer, that’s a human, I don’t like humans, I’m out of here.”

The bear encounter booth was run by the University of Utah College of Natural Resources Berryman Institute, dedicated to resolving conflict between humans and wildlife. Beyond the booth containing bear footprint molds and other items, there were mock tent setups to teach safe camping techniques in bear country and a course where graduate student Travon Strange talked to kids about interacting with a bear.

“When a bear stands up, he’s just curious. At that point, the bear is just trying to get a better view. When a bear is aggressive, they will be bluffing us, fake charging, and slamming the ground,” said Strange.

“Be aware of what types of bears will be where you’re at,” said Ph.D. student Lucian Mcdonald. “If you’re in a place with Grizzlies, you’ll have to know different rules than in a place with just black bears.”

The National Park Service set out a series of instructions should you have a bear encounter: if engaging with a black bear, that’s the time to get your hands up and appear big and be loud. Should the black bear charge, fight back with everything you have.

If you’re engaging with a grizzly bear, play dead while covering your head and neck with your hands. The goal is to not appear as a threat and hope that the bear will leave. If the bear leaves, stay on the ground for several minutes, ensuring the bear has left the area. Should a grizzly bear continue to attack, only then fight back with everything you have.

The Hogle Zoo ran the final booth and talked about being safe around moose.

“You never want to approach or try to feed a moose,” said  Tori Bird, Conservation Action Coordinator at Utah’s Hogle Zoo. “The safest close distance you should get to a moose is a minimum of three car lengths away. Remember, they can run up to 35 miles an hour, so you want to give them plenty of space.” 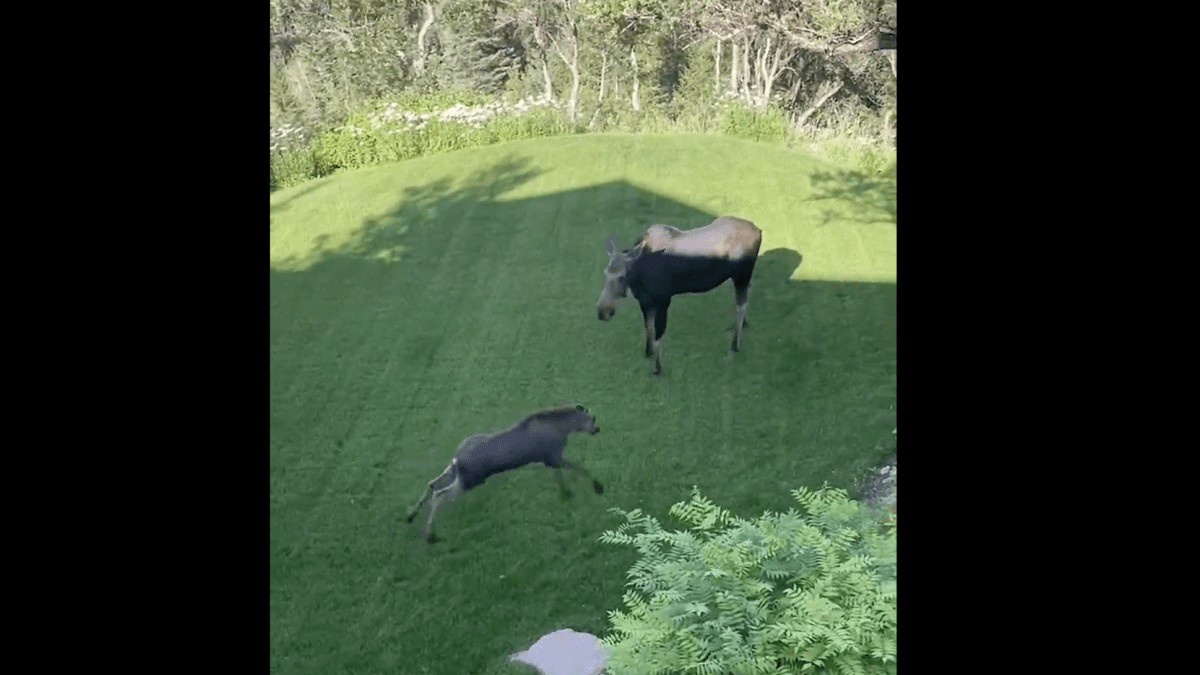