Adam Loomis on his way to a second place in the Wasatch Powderkeg Skimo race at Brighton on Saturday, his birthday. Photo: Ron Winsett Images

BIG COTTONWOOD CANYON, Utah — Some people want to relax on their birthday, Adam Loomis wanted to race, uphill, with his skis on his back, then ski downhill, aka skimo, for one hour, 51 minutes, and 43.12 seconds at the Wasatch Powderkeg event earning himself a second place on Saturday.

He beat 64 competitors along the way. “The Wasatch Powderkeg organizers put on an amazing weekend of racing. The individual race at Brighton was on a fantastic course,” Loomis told me. “I skied almost the entire race with Logan Greydanus and just barely got him on the last descent to snag second. Sunday featured the sprint race which is fast and furious and leaves almost no room for error. In the final heat, I came over the top in fourth but had a quick transition to skiing down and finished in second behind Arthur Whitehead.”

Not many sports find the coach racing in the same events, albeit all in different age groups as his athletes, but skimo isn’t like many other sports.

Loomis is one of the coaches of the Park City Ski and Snowboard (PCSS) Skimo Team. Plenty of proud placements were posted for Loomis’ athletes, including a 1st for Sam Wescott, a 5th for Owen Crandall, an 8th for Zach Selzman, and a 9th for Tanner Antinori, not to mention the father-son duo of Tim and Griffin Briley who both ended up on their respective podiums.

Mandy Antoniri, Tanner’s mom is, among other titles, a highly sought-after ski instructor, and his dad has been on the medical team for U.S. Ski and Snowboard. They possess an acute understanding of the blend of fun and safety on offer with skimo. Mandy told me, “It’s really hard. Anyone who says things like, ‘teenagers these days just sit around and look at screens’ should watch one of these races, or even just one of their practices, because the athletes who do this stuff, race in snow for 3,000 feet, UPHILL, then ski down, are legit.”

Loomis was able to enjoy this second place, especially since his other gig, coach of the PCSS Ski Jumping and Nordic Combined Teams, had ended for the season the day prior after traveling with those athletes this winter to NY, WI, MI, CO, VT, CT, and MN. In between competitions, he cheered on his brother, Ben, in Beijing as he represented the USA via USA Nordic in Nordic Combined in the Olympics. 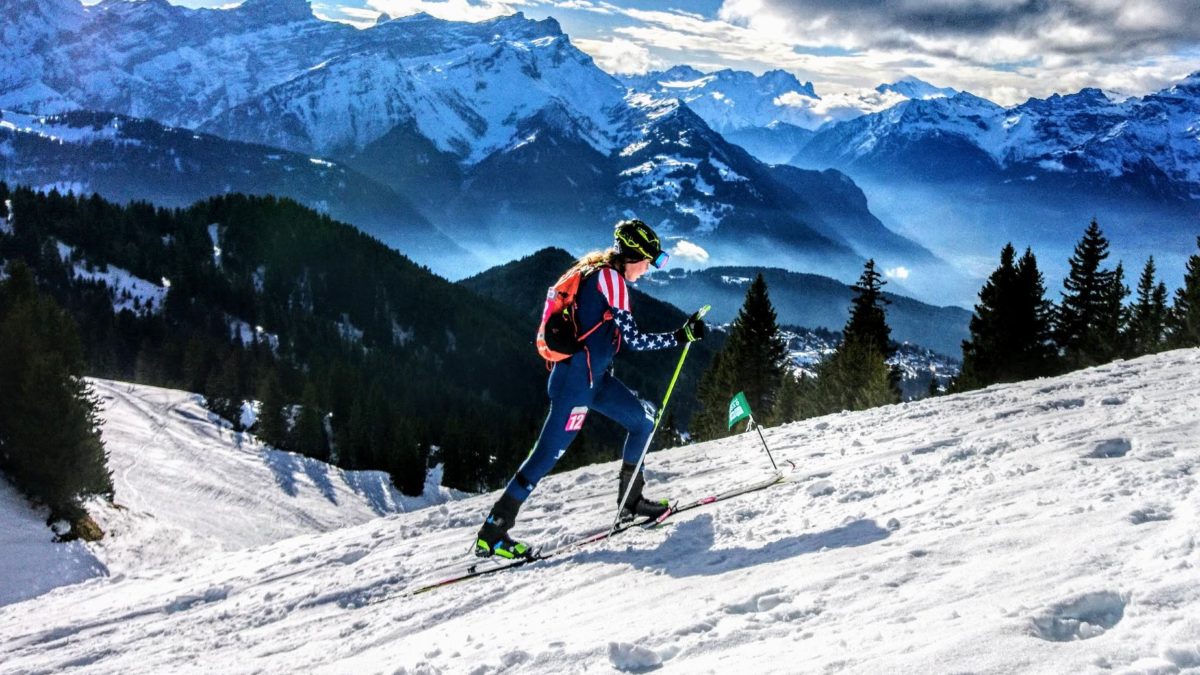