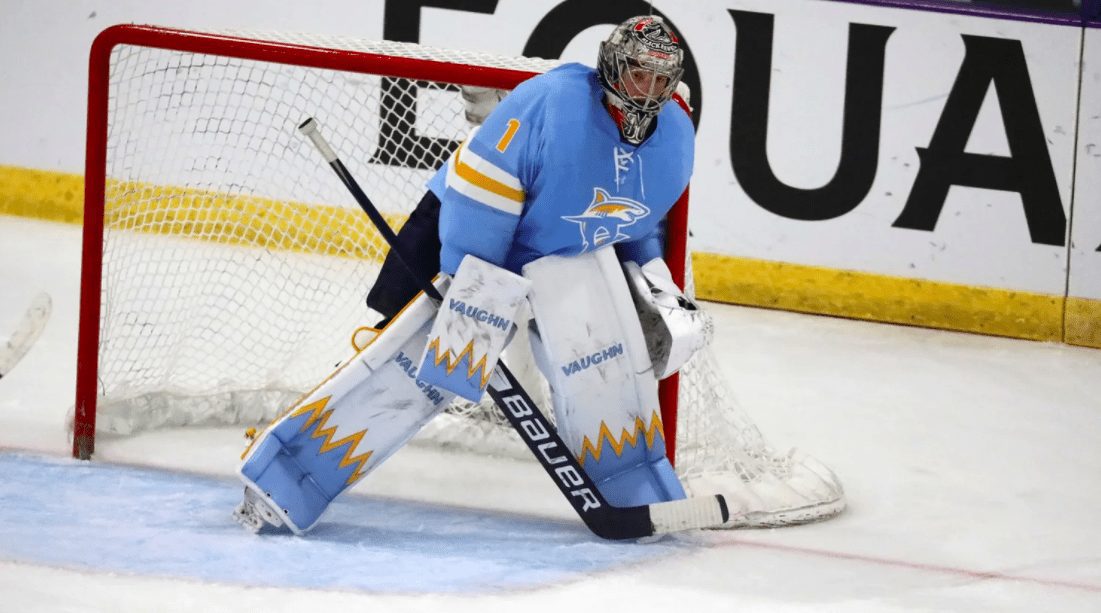 The team has also signed Trevor Gorsuch to the goaltenders roster. Gorsuch has professional experience with the Toledo Walleye and the Reading Royals.

“He was drafted by the Anaheim Ducks in the 6th round (179th overall) in the 2015 NHL Entry Draft. He played in 48 games with Mercyhurst college in 2019 and 2020. He spent the 2020-21 college hockey season with Long Island University and appeared in 9 games.” The Grizzlies’ press release said,

Metcalf’s father, Steve Metcalf, is a hockey referee for multiple leagues and teams including the Grizzlies.

The Utah Grizzlies, who play in the Mavrick Center, where the Salt Lake 2002 Olympic Ice Hockey was contested, is an affiliate of the Colorado Avalanche.

The Grizzlies play the Rapid City Rush for a two-game, away series beginning today and ending tomorrow, and its next homestand is a four game set vs Tulsa on March 24th – 28th.