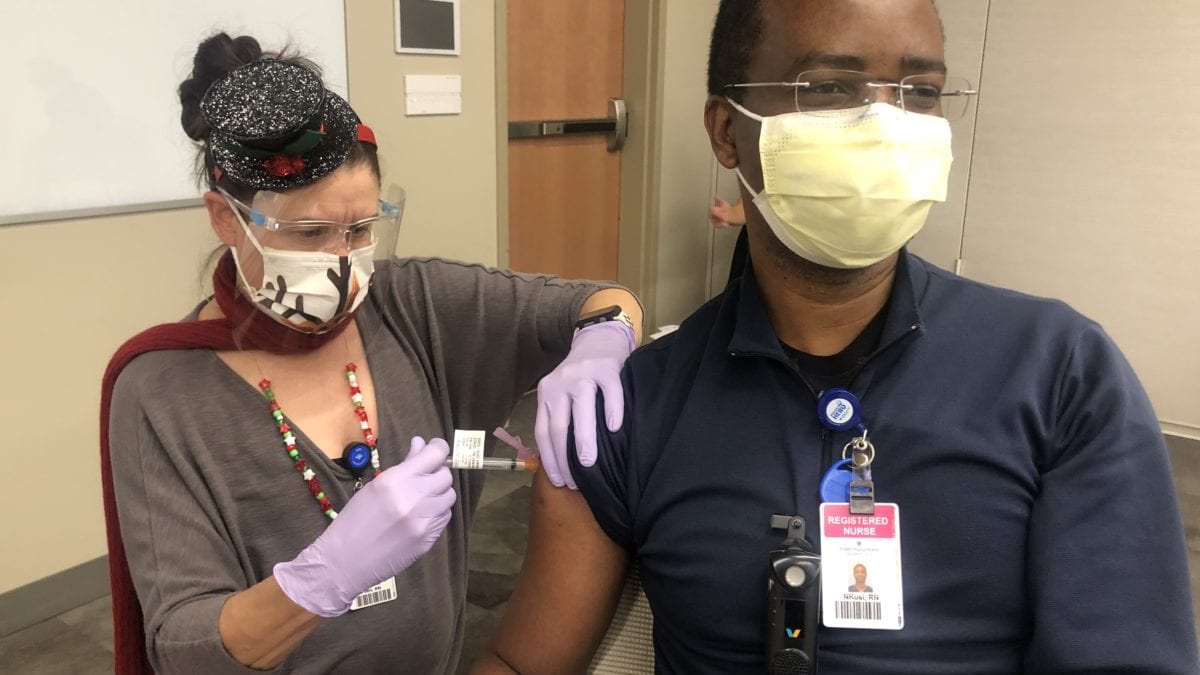 PARK CITY, Utah. — Last Thursday’s announcement that Summit County would begin offering COVID vaccines to all residents aged 40+ set off a frenzy among appointment-seekers – and confusion reigned. The health department’s website crashed, and county residents turned to all available forms of social media to ask questions, share tips and figure out what was going on.

It was stressful and frustrating, many said, though not the worst problem to have.

So why does Summit County get to start vaccinating people a decade younger than the rest of the state? Record-keeping.

In a follow-up statement later Thursday, Bullough explained that once Summit County had vaccinated everyone who had pre-registered, Summit County would revert to vaccinating in accordance with statewide eligibility guidelines.

Shortly after the lowered age threshold was made public Thursday morning, some pre-registered people received emails from the national Centers for Disease Control that did not reference Summit County’s new eligibility qualifications, and were mistaken for spam. Others received phone messages. Some pre-registered residents received both emails and phone calls, and others received neither.

Some pre-registered people made appointments as soon as the announcement was made lowering the age threshold, and found themselves booking more than three weeks out. Some who were not pre-registered jumped onto websites like Smith’s or Lee’s, and got their vaccines within 24 hours. Others drove farther afield, finding same-day appointments in Evanston, Farmington, Lehi, Orem and Provo.

Conversation threads on the Next-door app turned into a useful town square as residents guided their neighbors toward various locations and registration websites including vaccinefinder.org, the CDC’s site, Utah’s coronavirus site, Intermountain Healthcare, and others.

Bullough did not discourage county residents from traveling around Utah for vaccine appointments, and said that from a public health standpoint, a long line of people waiting to be vaccinated in Summit County was a good thing.

“If we take a step back and look at why Summit County is booked out so far, it is because our residents have turned out in record numbers to get the vaccine,” Bullough said. “This is remarkable. We are absolutely thrilled with the success of the vaccine clinic and the number of appointments we have been able to fulfill. We are equipped to handle even more. We are only limited by the number of doses issued to us.”

In addition to discrepancies in wait times and registration protocols, different vaccination sites also have different vaccines, a situation entirely dependent on what the state receives from suppliers. Bullough strongly urged residents to get whichever vaccine is available to them without delay. Skepticism around the Johnson & Johnson vaccine is unfounded, he said, as it was developed later than Moderna’s and therefore had its efficacy measured at a time when COVID variants were present in the population.

Happily, more than 88% of Summit County residents age 70+ had received at least one dose of the COVID-19 vaccine as of March 2, as had more than 63% of residents age 65-69, and more than 35% of all adults in the county. Among the 13 Utah health districts, Summit County is second highest for the number of vaccines given per capita.