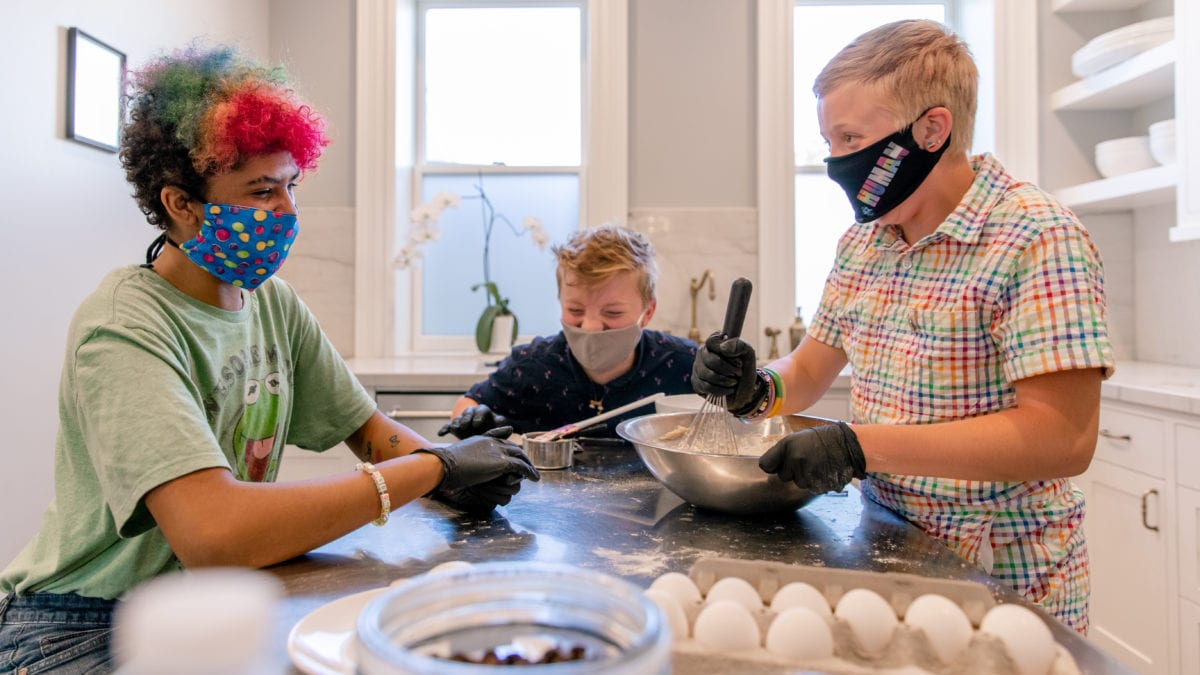 Adolescence can be a time of pain and challenge even in the best circumstances. For LGBTQ teens, those challenges are often compounded by lack of acceptance that can fuel isolation and lead to unhealthy – even tragic – outcomes.

With a youth suicide rate roughly triple the national average, and suicide the number one cause of death among Utah children, the state’s youth mental health has long been considered a public health emergency. Many non-profit organizations tackle various aspects of LGBTQ youth’s most urgent needs and problems, but the vastness of the state means that some children live too far from services to utilize them.

It is a dire situation in many respects, but Summit and Wasatch counties will soon have a new local resource: Encircle Together, a non-profit organization headquartered in Provo, has announced it is building a youth house in Heber, set to open later this year.

Similar to Encircle’s existing houses in Provo, Salt Lake City and St. George, the Heber house will offer hangout and homework space with snacks and Wifi for children and adults aged 12-26, licensed therapists by appointment for children and families, and community-wide events like summer barbecues and outdoor movie nights and holiday cookie parties.

Jacob Dunford, COO of Encircle, said real estate negotiations are ongoing, but that the Heber lot is in “the best part of town, very central to everything,” and said Encircle is thrilled to build it out. He expects to break ground in March.

“The fun thing about new construction is that we’re able to make all the spaces exactly what we need them to be; it’s gonna be perfect to that space and feel just right,” he said. “We can utilize every square inch.”

Dunford said it’s his hope that the new house will be heavily utilized by families. In a recent self-reporting survey, 12 % of high schooler students in Heber identify as LGBTQ, he said. Encircle’s expansion into the Wasatch Back has been warmly welcomed and celebrated by officials and LGBTQ youth.

“I am thrilled to have Encircle come to Heber City,” said Heber Mayor Kelleen Potter. “Never again will an LGBTQ child in this community need to feel scared and alone with no resources. Never again will a family have to struggle in silence with how to help their child. Having an Encircle house in Heber is a remarkable gift to our community and will provide life changing support to the most vulnerable citizens in this valley.”

The project’s estimated cost is $1M. Encircle announced a giving campaign Dec 1, and more than 700 donors contributed about $350,000 in 30 days. Encircle then got an even bigger surprise: Utah natives and philanthropists Emma and Isaac Westwood gifted the organization with a significant contribution, the exact amount of which the Westwoods prefer to keep private but which has moved Encircle much closer to its $1M goal.

The Heber home will be named after Emma Westwood’s late brother Collin, a member of the LGBTQ community who died in 2018 of an accidental overdose.

“We hope that our support will help fewer LGBTQ+ youth go through the challenges Collin experienced.” Emma Westwood said in a statement. “Collin was so loving and kind. He wanted everyone to know they are loved and worthy of connection and belonging. We learned so much from him and are grateful for the opportunity help the LGBTQ+ community in Heber.”

Isaac Westwood, co-founder and COO of Simplus, is also honoring a family member through the gift.

“My Uncle Michael Westwood was born in Utah, and came out in his twenties,” Isaac Westwood said in a statement. “Despite the hardships he faced he lived his life full of optimism and inspired others to love unconditionally. His story has changed me and my family forever. We are excited to make this contribution to honor his legacy.”

The new facility will be a 15-minute drive from Park City. Summer McGuire, president of the Park City High School Gay-Straight Alliance, said she expected PCHS teens would be more than happy to head to Heber.

“There isn’t a space for LGBTQ+ youth in Park City, and the house in Heber would serve as that,” said McGuire, 17. “The closest Encircle House is in Salt Lake, which can be very hard to access for a lot of people in Park City. It will be a great place to go meet community members and feel safe. It is really important that Encircle has these resources and support because there are many struggles that LGBTQ+ youth face in Utah. There is a lot of rejection and a lack of acceptance which leads to many other issues.”

Dunford emphasized that all politics and religions are welcome in Encircle houses, and that staff make sure parents feel welcome.

“Generally, when the parents are okay, the kids are okay,” Dunford said.