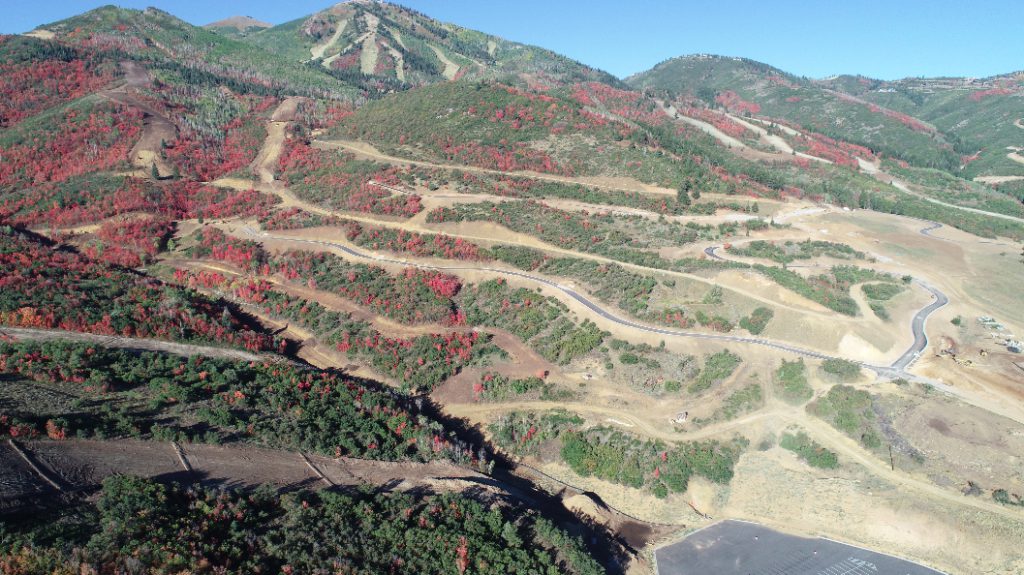 WASATCH COUNTY, Utah — The construction at “Mayflower Mountain” between Park City and Heber City is hard to miss. Those who haven’t seen the massive changes on Utah Highway 40 may be surprised. Twenty-six miles of roads have been implemented, trees have come down, and buildings rise up on the mountain across from the Jordanelle Reservoir.

The long-planned ski area is being developed with the authority of the Military Installation Development Authority (MIDA) under the direction of the state. The resort, currently referred to as Mayflower due to the development’s location off the Mayflower Mine Road, does not have an official name yet. While there is a targeted opening date of the 2024/25 ski season, there is no timeline for its official name. Naming will be agreed upon with the resort operator after a contract is complete.

Typical ski resort topics like food offerings and snow grooming will be determined by its operator. For example, if a Deer Valley Resort-related entity was ever on the shortlist to run the resort, food options and snow grooming would be to the same standards those skiers have come to expect. Similarly, snowboarding would also likely align with Deer Valley policies and not be allowed.

Longtime Park City local Brooke Hontz is the Vice President of Development for the Mayflower project under the parent company Extell. She discussed the possibilities of collaboration with Deer Valley.

“We’ve been working with and talking to Deer Valley for quite some time, and we’re in advanced phases of making sure any potential dynamic partnership would behoove all stakeholders.”

She went on to say about the resort’s development status, “There were elements of vertical and horizontal construction, all the way from the Deer Valley Gondola area by the 402 unit affordable and market rate Pioche Village Apartments down South a couple of miles.”

“Construction will continue through this winter,” Hontz said, “You’re going to see a lot more at our Morale Welfare Recreation Hotel (MWR), which is also known as the Conference Hotel or the Air Force Hotel. It’s the two cranes that have been there all summer, sometimes three, sometimes four. We’re on floor five right now, and the efficient construction will continue until we start the exciting work on the interiors.”

Hontz said of the high crossroads visible from the Heber Valley, “One of them was always there. It was just a lot harder to see. We simply widened it and made it more drivable in order to get the ski lift equipment up there, then it became a lot more obvious. That specific location provides major ski access to many portions of the mountain.”

The makeup of the runs is dictated by the natural geology and geography of the mountain. It matches the bell curve of forecasted skier abilities, the majority of whom are intermediate to advanced.

Whoever becomes Mayflower’s operator, and whenever they take over, Hontz envisions a “seamless transition.”