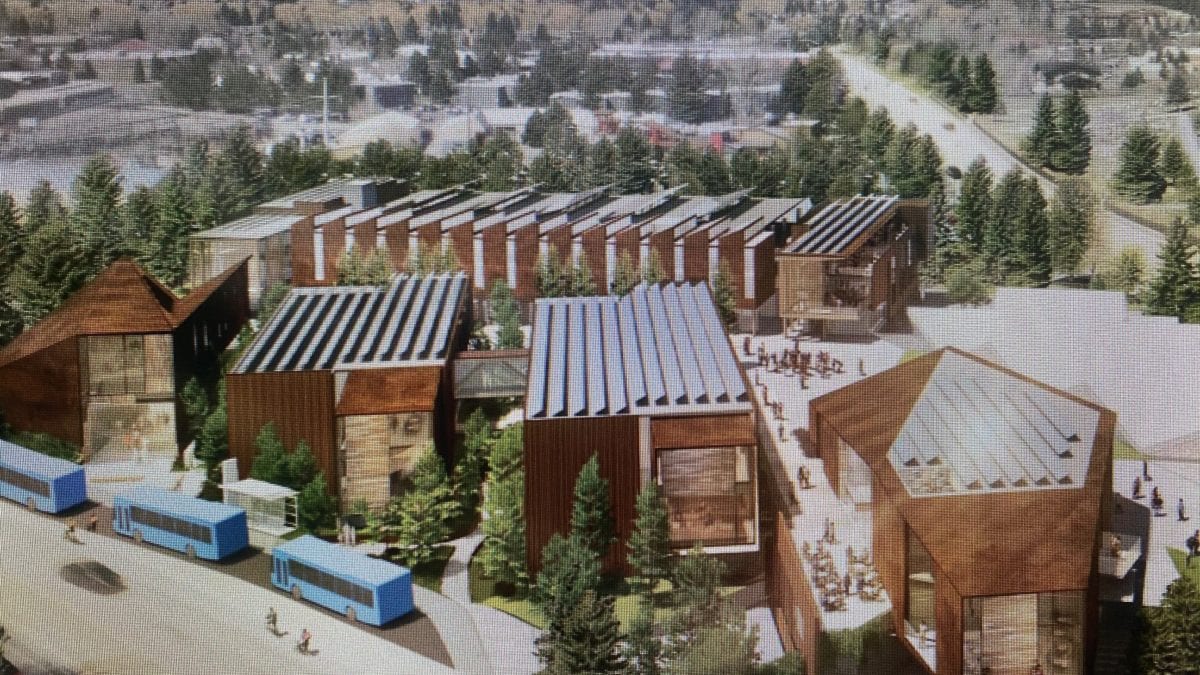 An artist rendering of aerial view of the planned arts and culture district at Kearns and Bonanza. Photo: Courtesy of GTS Development Services

In a lengthy public hearing last night on the arts and culture district project, Mayor Andy Beerman, city council members and city staffers acknowledged they do not have a financing plan nailed down for the $108M needed to bring it to fruition, but said unequivocally and repeatedly that paying the bill will not involve raising property taxes.

In addition to not raising taxes, other guiding principles of financing the new district, to be located at Kearns Boulevard and Bonanza Drive, are avoiding any impact to existing projects, adherence to policies on how much debt to take on, and maintenance of the city’s fiscal health, city officials said.

More than 150 people dialed in to the virtual meeting, and dozens spoke. Sentiment ranged: many artists called in to express support for the project as a way to enrich lives, promote social equity through affordable housing, and power an economic driver that would have a ripple effect community-wide.

“Art is vital for all of our lives,” said Jenny Terry. “This project is the missing link that this town needs desperately. Please support the arts.”

Emily Quinn Loughlin said that cultural tourism is “one of the things that sets Park City apart from other resort towns.”

Watchdog citizens expressed opposition to the project due to its spiraling price tag, return on investment potential, and its low ranking on a community-identified list of spending priorities.

Dean Berrett discussed how the project had ballooned from arts and culture to arts, culture, transit, transportation, affordable housing and other elements, and worried about “an overwhelming sense of uncertainty in dealing with a project of this scope.”

Angela Moschetta exhorted the city to press pause, and highlighted that arts and culture had ranked at the bottom in a community survey on Park City’s urgent priorities. “Why you would entirely exhaust the fund driving the second most important priority, affordable housing, on the one that comes in dead last is confounding at best.”

And some community members called in to effectively say ‘all of the above.’

After expressing support for the arts, Craig Dennis said he feared that connectivity, ease and walkability were disappearing from the project as plans progress, and “We don’t want to become a park-and-ride lot for the ski areas.”

And Ed Parigian, who in true locals’ fashion dialed in to the meeting – on his birthday – from a hot tub during an apres ski session with a friend, talked about his support for arts, culture, the Kimball Arts Center and The Sundance Institute, but urged more creativity in revising plans of this scope. “Whatever it takes, let’s get the vision right,” he said.

The meeting began with a history of the project dating to the early 2010s, when tourism began spiking in the aftermath of the Winter Olympic Games, development pressure increased on that neighborhood, and the city purchased the roughly five-acre parcel. The presentation included a detailed walk-through of what is envisioned for the new district.

But the message was clear that everything, from design elements and building materials to how many floors some buildings will have, is going to be revised as the project progresses and the city looks for ways to lower costs. City  council will continue to discuss and evaluate the project’s scope and funding at upcoming meetings.

“The council has made no decisions,” said David Everitt, deputy city manager in charge of the project. “Everything is TBD.”