A younger Sydney Palmer-Leger with her cross country ski coach, the retiring Godon Lange. This photo is past but poignant as the two share a moment in the spotlight at different, yet both exciting, phases of their careers. Photo: Gordon Lange

The U’s win was chalked up to the one-woman show that was Parkite and cross country ski racer Sydney Palmer-Leger. Palmer-Leger won the 5K with a finish time of 15 minutes and 50.7 seconds then proceeded to win the 15K on a different day completing that course in 38 minutes and 31 seconds.

Utah placed five skiers on the podium in the two races and had all six finish in the top five. It is the U of U women’s Nordic Team’s second podium sweep of the season after also doing so in January in the 15K Freestyle at the RIMSA Invitational ski races hosted at Park City Mountain.

Palmer-Leger started out xc skiing in The Utah Nordic Alliance (TUNA) program as a U10/12, coached by Emma Garrard. Garrard is now the head coach for the Park City Ski and Snowboard (PCSS) Nordic Team.

“Sydney has always been good at competing, but winning both races at NCAAs at age 19 is very impressive,” Garrard said.

Assistant coaches with PCSS include Drew Palmer-Ledger, Mila Leger-Redel and Sienna Leger-Redel. If those last names sound familiar it’s because they belong to Sydney’s brother and two cousins, respectively. Garrard coached all four of the young athletes with TUNA and then with PCSS from 2014-17 prior to three of them becoming her colleagues.

For most of their tenure with PCSS, they were coached mainly by Gordon Lange. Lange taught Sydney and so many others everything he knows about the sport. This week’s news of Sydney’s podium perfection happened simultaneous to the recently announced retirement of her Competitive Team coach.

Athletes participating represented 17 colleges and universities from coast to coast at this year’s event. Alpine skiing, with its slalom and giant slalom disciplines, took up two of the four days, while the Nordic disciplines of freestyle and classic took up the the other two, promoting opportunities for  solidarity among all the teams.

Sydney being a freshman at the U means that present and future skiing achievements will likely abound. That said, the photo above with former coach Lange is past but poignant. 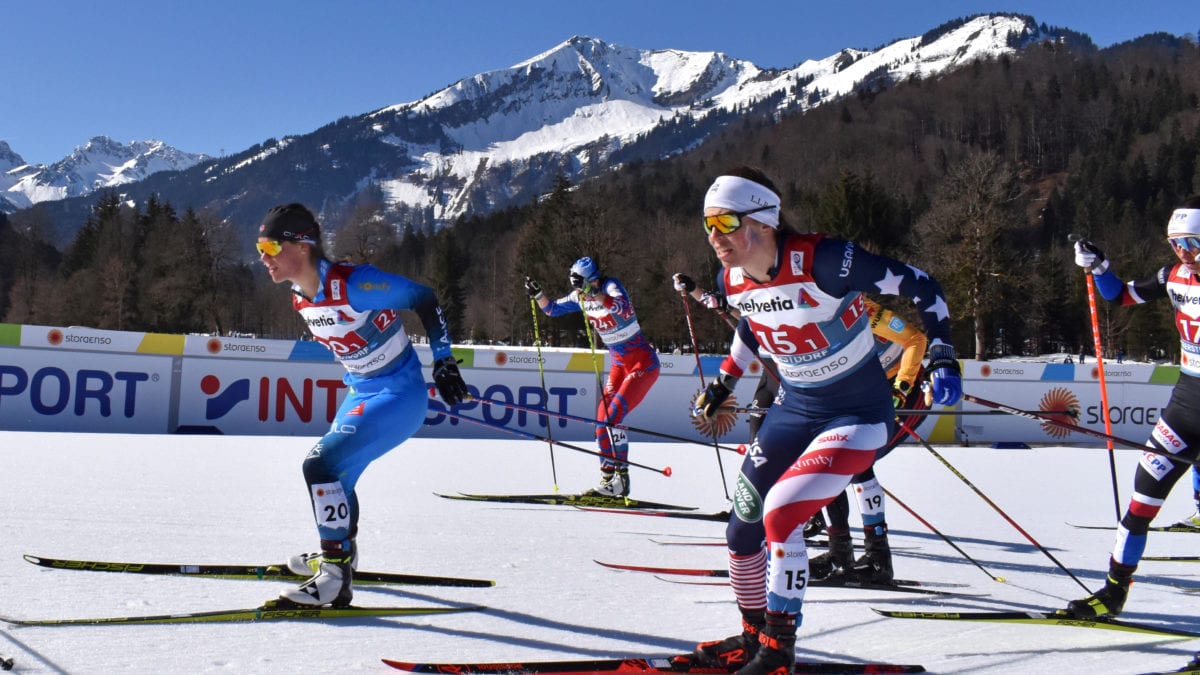