PARK CITY, Utah. — Last week’s nearly five-hour meeting of the Snyderville Basin Planning Commission, much of which was public comment against the proposed Highland Flats high-density housing development, continues to roil the community.

Supporters have found themselves on the defensive as opponents, who are primarily abutters and longtime residents of the nearby Highland Estates neighborhood, accused them of misrepresenting themselves and essentially being outsiders butting in on local zoning matters.

During the meeting, in which Breen and development partner Nate Bullen presented project details before public comment, four people spoke via Zoom in favor of the project; dozens spoke against it. Supporters spoke generally about the need for more affordable housing in Park City and a desire to “be on the right side of history.” Just like opponents, supporters provided their names but not home addresses.

The supporter drawing the most ire is Matt Sneyd, who in the meeting said he was calling to speak for people like himself, “25, 30 years old,” that he worked in construction, has clients in Park City and dreams of being able to afford living here himself someday.

The day after the meeting, community members began publicly sharing Sneyd’s professional and social media links, such as utahrealestate.com, which has a page with Sneyd’s photo and this statement: “I am a Realtor & active real estate investor. I primarily focus on working with investors in purchasing homes that need work, short sales and first time home buyers. I have been 100% full time in real estate since 2006 and plan on working in the industry my whole life.”

Sneyd, reached over the weekend, said he is 34 years old, lives in Murray, and has worked on four Park City-based projects in the last five years. That work was mostly project management, he said, including getting bids from subcontractors, scheduling work, budgeting, design, and materials sourcing.

Sneyd said he did not misrepresent himself.

“I have been misquoted as saying I am a construction worker when I clearly said at the meeting that I work in construction,” he said, adding that he was at his fabrication shop in Murray when he called in to the planning commission. “After my son goes to bed, I typically go the shop where I do a variety of things…building handrails for projects/customers/clients, building jeep axles and fixing my own car to keep car expenses to a minimum. I never stated I was on a site, I said I was working.”

Sneyd said he has nothing to do with the Highland Flats project other than friendship with a stakeholder, and that his comments in the meeting were “100 percent true” regarding his opinion on Park City’s affordable housing crisis.

“The supply and demand factors are way out of whack,” Sneyd said. “As of today there is only one home for rent and one house for sale (realtor.com) in Park City that would work for my family of three and 2 dogs (2+ bed, 1+ bath, under $900k or $3,500/month). There is virtually no inventory at all, whether it’s affordable or market rate.”

Developer Adam Breen said afterward that he appreciated some aspects of the meeting, such as more granular detail on potential traffic impacts to neighborhood streets, but disagreed with the characterization of supporters as being irrelevant because they don’t live locally.

“I appreciate the neighborhood for pulling together and saying ‘listen this is all of us,'” he said. “What’s the difference between that and me going out to developers I know (and having them express support)? Who is the public? The 50 people who spoke up or the 26,000 people who work in the area?”

He directed anyone interested to the project’s website, which shares letters of support from employers including The Montage at Deer Valley.

Breen said he sought support for the project from his professional network before the meeting, but that none of the people who spoke have any financial interest in it.

The project seeks to build a 410-unit rental housing development on a 41-acre site at the junction of Interstate 80 and S.R. 40 that’s currently zoned rural-residential. A third of the units would be classified as affordable based on a formula that calculates percentage of rent compared to adjusted mean income (AMI). Another 45 percent would be “moderately affordable” using an AMI formula.

Breen and his partners – his brother Jake Breen and brothers Nate and Lance Bullen – bought 16 acres of the 41-acre parcel several years ago from an insurance company; he said he could not remember the purchase price. The Catholic Church owns the remaining acres, and has a signed agreement to sell the rest to the developers, minus 10 acres for a new church, if the housing project is approved by the county. As such, the church is officially a co-applicant for the requested zoning change and project, Breen said.

He added that he owns a home at the base of The Canyons, and the Bullen family also owns a home in Park City, so they have a personal stake in the community.

Community members who live near the planned development oppose the project for reasons including increased traffic, infrastructure strain, light pollution, loss of animal habitat, safety and water table concerns, and a change to the neighborhood’s character. Many said they have the greatest stake in what occurs on that land, and were unhappy at non-resident participation in the meeting.

“Using these types of tactics left most of us residents feeling even more uneasy about the intentions of these developers,” said Erica Trittschuh Armitage. “All that aside, the main issue at hand is the rezoning of the land.”

Community members have also expressed worry in recent days that a zoning change would allow developers to use the land for commercial purposes. Some have said that an ‘adult’ shop would be allowed to open under the proposed zoning change.

Planning Commission Chairman Ryan Dickey said that is not the case.

Developers are seeking a zoning change to “community commercial,” which is a technical term related to the density of the proposed housing, not an intention to allow commercial development, according to county planner Amir Caus.

“I’m still focused on what I believe is a good project,” Breen said. “We’re making the adjustments we need to make leading into the March meeting.” 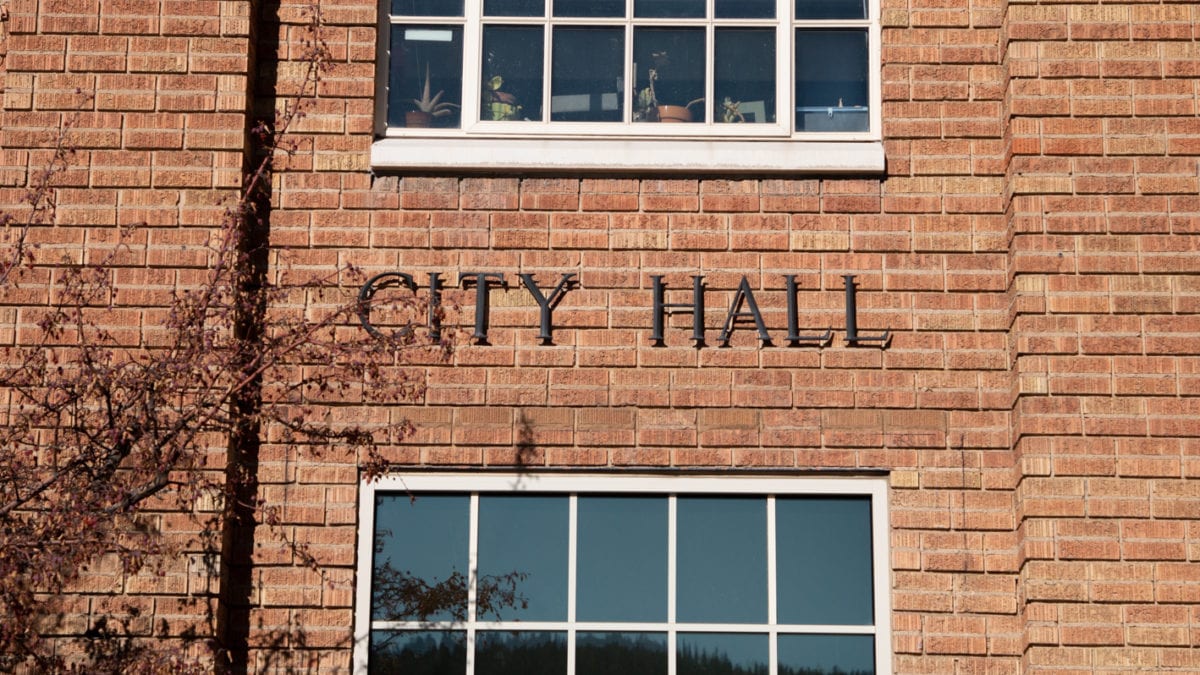