AUSTRALIA — A 20-member delegation of the Park City Ski and Snowboard Moguls Team are following the snow around the globe, and have landed in Australia. Their bump-skiing trip has been anything but bumpy as they’re not only enjoying the plentiful snow pack on the mountains but all the cultural, educational and fun extracurricular activities that they can find Down Under.

On August 14, the 15 athletes ranging in ages from 15 to 23, three coaches, one baby (PCSS Moguls Director Mikaela Wilson’s 15 month old daughter), and one house mother/grandmother arrived to train at the Perisher Ski Area. They’re training alongside the Australian National Team, including 2022 Olympic Gold Medalist, Jakara Anthony, and 2018 Olympic Silver Medalist, Matt Graham, the Japanese National Team, and one other club team from the U.S.

Chris “Hatch” Haslock, PCSS Freeski Director told TownLift, “It is a great opportunity to get some winter conditions to [practice] our new tricks and summer training we’ve been doing in the Utah Olympic Park Pool. It makes a real difference when getting back on snow in November/December.”

Hatch, a retired U.S. Ski and Snowboard competitor coordinated the trip from Park City. He adds, “When I skied Mt. Buller, more near Melbourne, many years ago the snow pack was warm, coastal and wet.”

Regarding Australia’s snowpack, “They’ve had a good snow year so far this winter, but the snow is generally wet and heavy. We like to call it ‘wacky packy’. We got about six inches of snow last night so the course was skiing very well today,” said Wilson. “Generally the weather can be hit or miss. Down in town (Jindabyne) it’s like fall weather in Park City. Most days are mild and generally sunny but you can also get some rain and occasionally snow. In the mountains, you can get the full array of weather. Our first day was beautiful and sunny. The second day we couldn’t ski because winds were too high to open the lifts. Today started off wet with a rain/snow mix but finished beautiful and sunny. I think we will have some snow again tomorrow and then sunny on Sunday – you have to be ready for anything!”

The bumpers will be competing at the Australian National Championships at the end of the month. 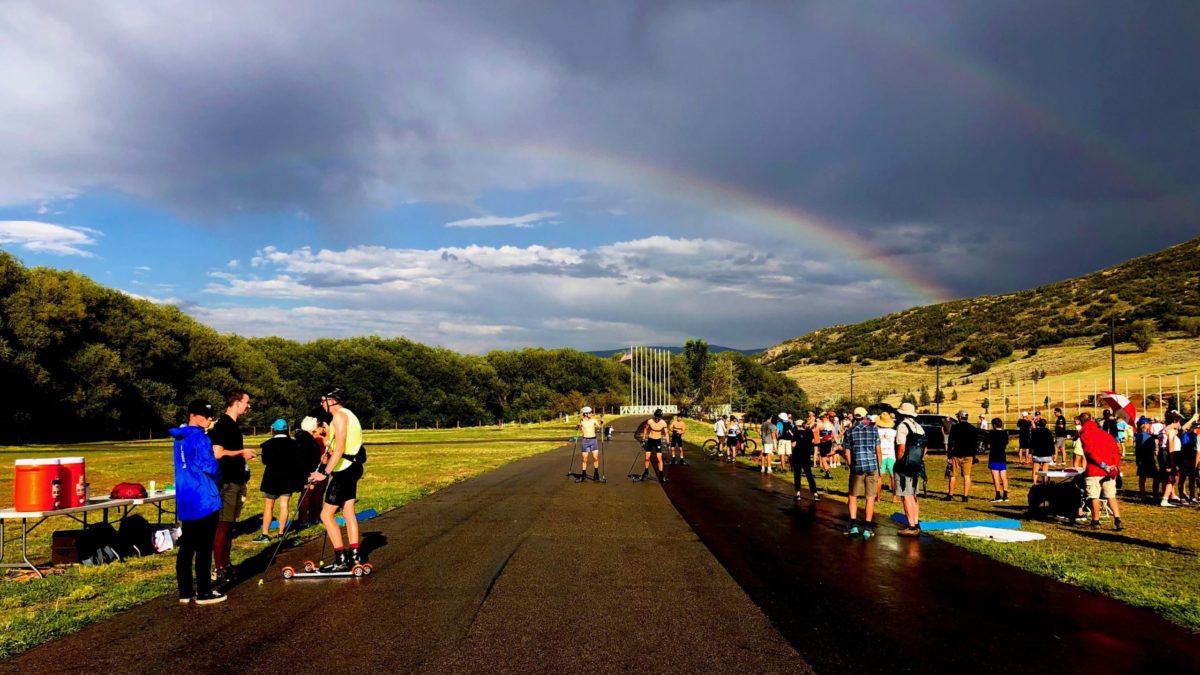