BULLFROG, Utah — In August 1890, John Wesley Powell warned a Senate committee about potential water mismanagement in the western United States. “There is not sufficient water to supply these lands,” he said. Powell knew the area well, he was the leader of the first government-sponsored passage through the Grand Canyon in 1869, where he traveled for three months along the Green and Colorado rivers. He also served as the second director of the U.S. Geological Survey.

Lake Powell, which is named after the Civil War veteran (he lost an arm), is being hit particularly hard by the decades-long drought in the western U.S.

As of July 20, the water level at Lake Powell is at 3555.86 feet- a new low for the water year. The reservoir is down more than 52 feet from a year ago. It has released 86.98% of its minimum allotment requirement of 7.5 million acre-feet for every water year (ends September 30). In a recent study published by the Bureau of Reclamation (BOR), Lake Powell decreased in volume by 2.5 million acre-feet between January and July 2021.

An acre-foot of water is 326,000 gallons. It’s enough water to cover an acre of land (roughly the size of a football field) one foot deep.

A 5-year projection the BOR also released last week says there is a 79% chance that the lake falls below the Upper Basin Drought Response Operations Agreement (DROA) target elevation of 3,525 feet. That elevation provides a 35-foot buffer designed to minimize the chance of water dropping below the minimum power pool elevation of 3,490 feet- which is needed to protect the infrastructure at Glen Canyon Dam. They are projecting the reservoir will see only 3.2 million acre-feet of natural inflow this year, which is roughly 30% of an average year.

Based on this data, BOR announced that it’s adjusting releases from upstream reservoirs Flaming Gorge, Blue Mesa, and Navajo in order to feed Powell. Flaming Gorge will release 125 acre-feet in total by the end of the year, with Blue Mesa contributing 36 and Navajo 20.

“It’s inevitable that the lake is going to dry out,” said National Park Service (NPS) Ranger Yuliya Semenova. “I’m excited to see it transition. I see a lot of trails being built here.”

As the water has lowered across Glen Canyon, vistas of green and remains of what used to be before the reservoir are starting to appear. An NPS archaeology team found rock remains from what they believe is well before our time, on the former shores of Bullfrog Bay.

A constant sighting in Bullfrog this summer has been visitors pulling up to the main ramp and being awed by how low the water has dropped since their last trip.

Most visitors of the park this summer come off as oblivious to the change going on around them, Semenova said. “Climate change is in the background for them. Most people just come to party here, they don’t think about anything else.”

The plan going forward has many different considerations- and will likely fall on negotiations in the years to come between the seven states that make up the Colorado River Compact.

In January, Ben Ryder Howe of the New York Times documented a potential new future for water management in the West. Investment firms are looking to make a profit out of western water rights, applying a market-based approach to state and municipal management. Proponents say water is underpriced and therefore overused- it would allow them to discourage low-value agricultural uses (more than 70% of water in the southwest is used for agriculture). The financialization of water rights, with futures markets and hyperactive trading, would likely send water prices rising. This could be offset in the future compact negotiations, but at the moment, it is all up in the air. Bruce Babbitt, who was secretary of the interior during the Clinton administration and served as governor of Arizona, told the Times, “the Western model is a sort of comprehensive, consensus-based public discussion, and it’s worked very well. My fear is that the speculators are going to break it. They’re going to try to break up the system.”

Conservation groups tend to have a more hard-line approach. “Lake Powell is doomed,” said Richard Ingebretson, founder of the Glen Canyon Institute. “It blows my mind that they use it as a water storage facility.” On the institute’s website, it describes Glen Canyon before Lake Powell as a place of “gorges, spires, cliffs, and grottoes; the biological heart of the Colorado River, with more than 79 species of plants, 189 species of birds, and 34 species of mammals; and a cultural treasure, with more than 3,000 ancient ruins.”

The group actively campaigns for the full release of Lake Powell water into Lake Mead. Ingebretson claimed that the idea has started to gain traction with the BOR. Another ranger in Bullfrog said that on paper, the Department of the Interior (which NPS and BOR are both a part of) believes that filling Mead from Powell is the way to go- it just might take some time to be fully implemented.

The move has geologic reasoning. A 2013 study in the Journal of the American Water Resources Association, said that Lake Powell lost a significant amount of water because of the porous sandstone walls that make up Glen Canyon. Lake Mead is surrounded by granite rock, largely avoiding water loss to aquifers. “We’ve got the scientists on our side,” Ingebretson said. “Our goal is to keep Glen Canyon alive-get it restored, through eternity.”

The transition of Glen Canyon from water to on-land recreation isn’t certain. Ingebretson was quick to caution that it’s conceivable that a 1,000-year storm could come as soon as next year. Predictions get us nowhere, so for now we are left merely to speculate about the future of Lake Powell and Glen Canyon.

“This lake is not only for recreation,” Semenova said. “We need to take care of our public waters. Mother Nature takes care of us in all the ways that we need, and we need to protect her too.” 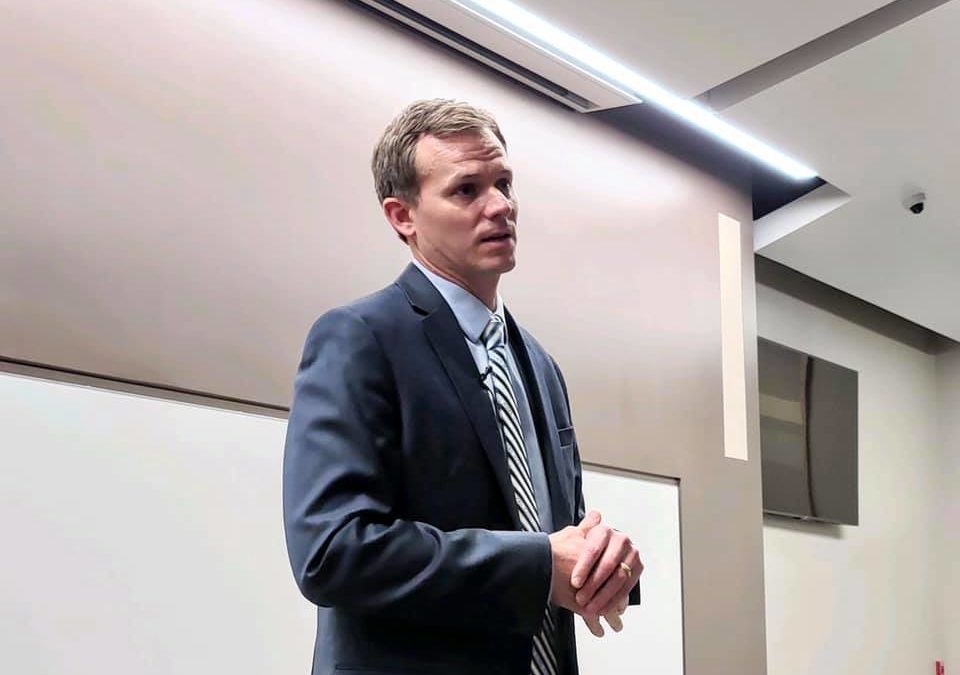