TOKYO, Japan. — Park City native Haley Batten finished ninth in the Olympic mountain biking race in the Tokyo 2020 Games. In her debut Olympic appearance, the 22-year-old,  placed higher than any of the other two American women in the race. The top ten result came finishing 4 minutes, 27 seconds behind the gold medal winner, Swiss athlete Jolanda Neff.

On a muddy, three-kilometer course that resembled a Zen garden in grassy sections, single-tracked through the trees, traveled over itself on flat bridges, up rock ramps and down boulder jumps, Batten battled the elements as well as the athletes.

Having recently rained, the drying dirt still posed slippery twists and turns which had been changed before the race. A male athlete representing the Nederlands had experienced a nasty crash two days prior prompting the trail crew to reinstall a wooden bridge on a downhill drop. The venue was 62 miles away from Tokyo.

It was a mass-start whereby the women mountain bikers began in one of four lines determined by results from other finishes.

Batten’s friends family and fans from Park City almost assuredly would have been there to root her on if not for the COVID protocols prohibiting spectators.

Currently training and residing in California, she is an alumna of the Park City High School Mountain Bike Team graduating class of 2016.  Although many other summer Olympians have called Utah home along their journey to the Games, Batten is the sole summer Olympic athlete in Tokyo representing Park City.

Batten, bib #30, led the three American’s the entire race. In 15th heading into the last of five laps, she improved on her time for that top-ten finish. She had entered her first world cup race in May, coming in third. Today’s race had the finishing time gaps surprisingly wide.

As she crossed the finish line by herself, Batten was smiling and waving as the NBC commentator referred to her as, “a prodigy in the sport.”

Switzerland’s women swept the podium, the first mountain bike team to do so in an Olympic Games. 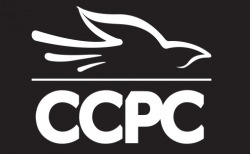