We would like to correct the misunderstanding that we retracted our request to light the McPolin Barn because of the Park Record editorial. Nothing could be further from the truth.
The editorial stated that we would be asking to light the barn. Joe was correcting the editorial by prefacing at the beginning of the meeting that it was incorrect, in part with the intention of heading off trolls who might be at the meeting specifically to object to that request.
While Joe’s comments could have been misunderstood, the Taskforce decided internally almost two months ago, following lengthy meetings with the Friends of the Farm group and the City, not to pursue the illumination of the barn this year and instead to return to Council at a later date. In the meantime our intention is to partner with other community groups to discuss an application process for public lighting activations of the barn with the city. It clearly states that in the staff report from last night’s meeting.
It is important to us, as a group, to correct the impression that we caved to and we decided to limit our visibility on the basis of an editorial. We exist precisely to demonstrate that there is an LGBTQ+ community in Park City and the greater region, as our mission statement reads: “We exist to create, maintain, and enliven inclusivity for the LGBTQ+ community in order to help the Wasatch Back become a place where all people feel they belong.” People cannot feel like they belong, like they are safe in their home, if their visibility is viewed as divisive, as too political, as up for public debate. That is what is implied if not directly stated in the editorial, and our organization objects to those sentiments in the strongest possible terms.

PARK CITY, Utah — Park City’s LGBTQ+ task force told the city council on Thursday that they were no longer seeking to light up the McPolin Barn in rainbow colors during Pride Month following a Park Record editorial that said the decision of local leaders should be “properly tinted.”

The write-up, which doesn’t have a named author, said that the city should “proceed with caution” regarding the decision about the barn.

The staff report to the council said that such a large decision would require further discussion, which the Record piece called wise.

“There is also the possibility of other movements, some clearly out of touch with the DNA of Park City, seeking the same high-profile opportunity at the barn,” the editorial states. The op-ed did not give any examples as to what the “other movements” could be.

“With a quick clarification, in relation to the last point in the staff report – just because the editorial yesterday, we are not seeking to light the McPolin Barn for Pride this summer,” Joe Urankar, a member of the task force, told city council on Thursday. “We are seeking to return to council at a later date with a broader coalition in the community to have the discussion about whether or not the lighting activations are of interest to the city for public structures and then establish a process.”

There was a discussion about painting the Pride flag on the Maverik building in Bonanza, which city councilors supported. It will require a special meeting of the public art advisory board to approve in time for celebrations next month.

Cami Richardson, another member of the task force, discussed events going on in June to celebrate Pride — here is a list of where you can participate: 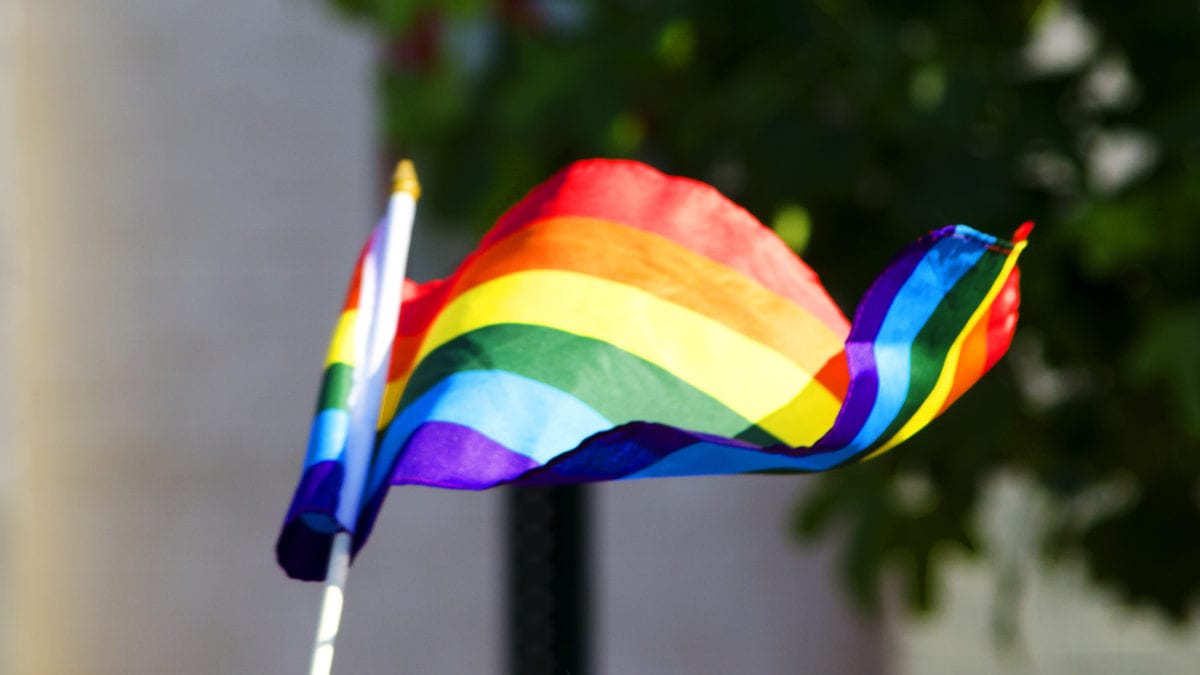