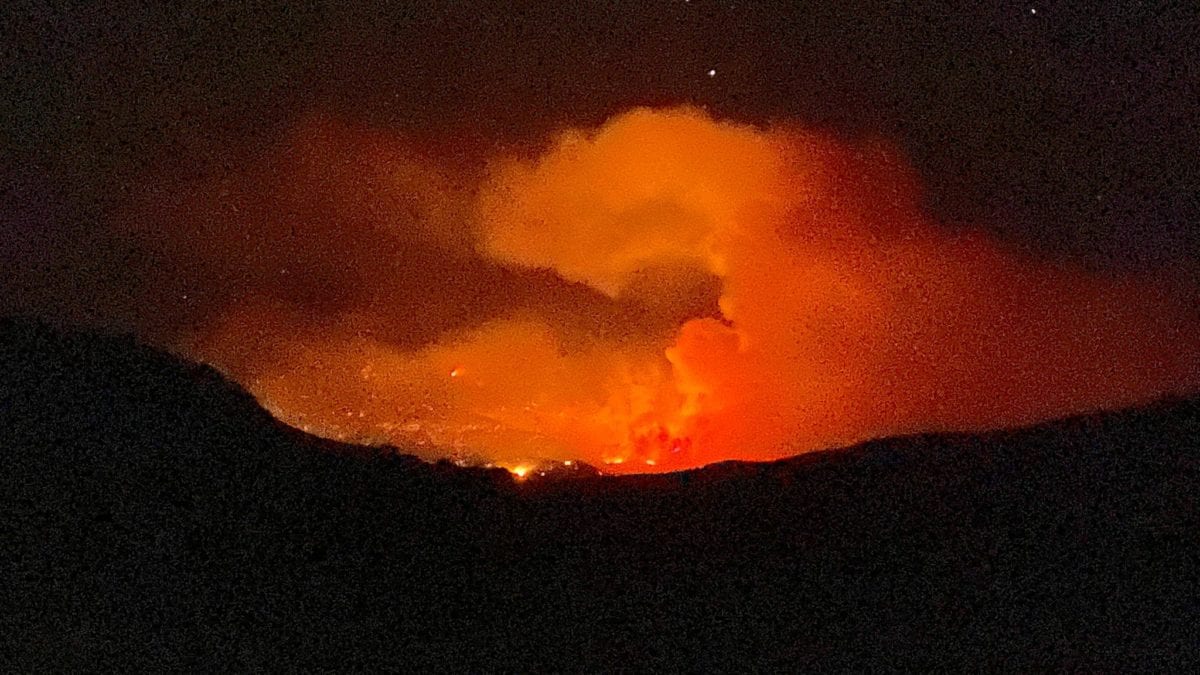 MOAB, Utah. — As of today, June 13, the Pack Creek Fire, 10 miles southeast of Moab, is 6% contained at a size of over 5,400 acres and it has reached an elevation over 11,000 feet in Utah’s second-highest mountain range, the La Sal Mountains. The blaze was human-caused through an unattended and abandoned campfire. The affected area is part of the Manti-La Sal National Forest.

Three structures so far are known to have been lost. As of June 13, evacuations have been lifted for Lower Pack Creek and evacuation orders are still in place for homes past the U.S. Forest Service boundary, according to Utah Fire info.

This extraordinary view from the @CanyonlandsNPS Island in the Sky webcam shows the explosive growth of the #PackCreekFire today. Pyrocumulus clouds (also known as Flammagenitus clouds) can be seen at the top of the smoke plume, often an indicator of extreme fire intensity. #UTwx pic.twitter.com/dw8q9JPTFl

Per the U.S. Drought Monitor, all of Grand County, Utah is experiencing either an extreme or exceptional drought.

On Thursday, FEMA authorized the use of funds to fight the fire. “The authorization makes FEMA funding available to pay 75 percent of the state’s eligible firefighting costs under an approved grant for managing, mitigating, and controlling designated fires. These grants do not provide assistance to individual home or business owners and do not cover other infrastructure damage caused by the fire,” FEMA said in a press release.

The air quality index for Moab is listed as moderate and 2 times above the World Health Organization’s exposure recommendation.