ALTENBURG, Germany — According to USA Luge, the American duo Marcus Mueller and Ansel Haugsjaa extended their Junior World Cup podium streak to four medals in as many races on Wednesday.

The Altenberg track, located approximately 25 miles south of Dresden, is challenging to navigate. This is especially true for the less experienced junior athletes, ranging in age from 19-21.

After winning silver and a pair of bronze medals in the first three events of the season, Mueller (Brookfield, Wisc.) and Haugsjaa (Framingham, Mass.) were third with a time of one minute and 21.736 seconds in the men’s doubles competition.  Moritz Jäger and Valentine Steudte were second in 1:21.279. Mueller/Haugsjaa are ranked third in overall Junior World Cup points. Kaspars Rinks and Vitalijs Jegorovs of Latvia were first in 1:21.184.

Harris was the top U.S. athlete in the men’s singles competition, placing sixth. Matt Greiner (Park City, Utah) was just behind his teammate in seventh. In overall standings, Greiner is fifth. The top three finishers were Rinks, Noah Kallan of Austria, and Alex Gufler of Italy. 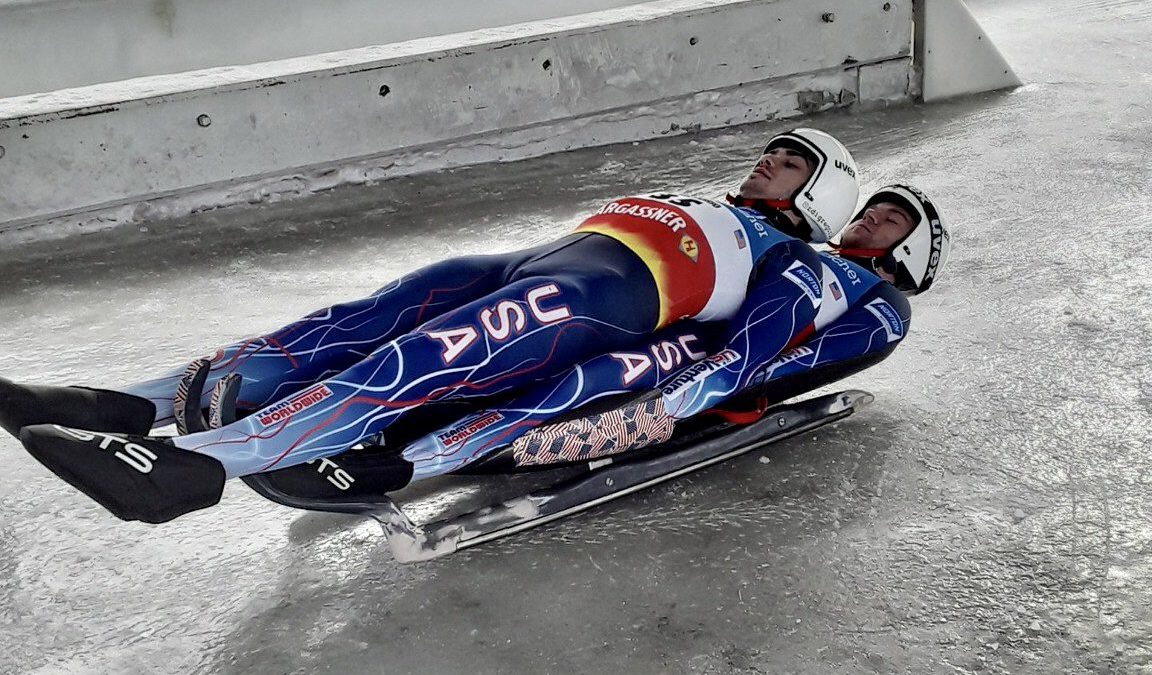