The 19-year-old 2022 Beijing Olympian graduated from the Winter Sports School in Park City and trained on the Wasatch Freestyle Team. McDonald had been dancing around the podium, finishing eighth, fifth, and fourth between the season’s first three races in Ruka, Finland, and Idra Fjall, Sweden. He has finally landed on the podium in Alpe d’Huez.

He’s a Junior World Champion and 2022 FIS Moguls Rookie of the Year.

McDonald is scheduled to compete in the upcoming Intermountain Healthcare Freestyle International Ski World Cup, now in its 25th year at Deer Valley Resort. He’s one of only two Deer Valley-sponsored athletes, along with Nick Page. The event, free to the public, will include aerials, moguls, and dual moguls, one of the latest disciplines to be added to the Winter Olympics.

“We are very excited to have our athletes compete again at the Intermountain Healthcare Freestyle International in front of the thousands of passionate fans who come out every year,” said Sophie Goldschmidt, President and CEO of U.S. Ski & Snowboard, in a statement. “We are also thrilled to continue the incredible partnership with Deer Valley Resort for the next three years and look forward to hosting several more successful events in the future.” 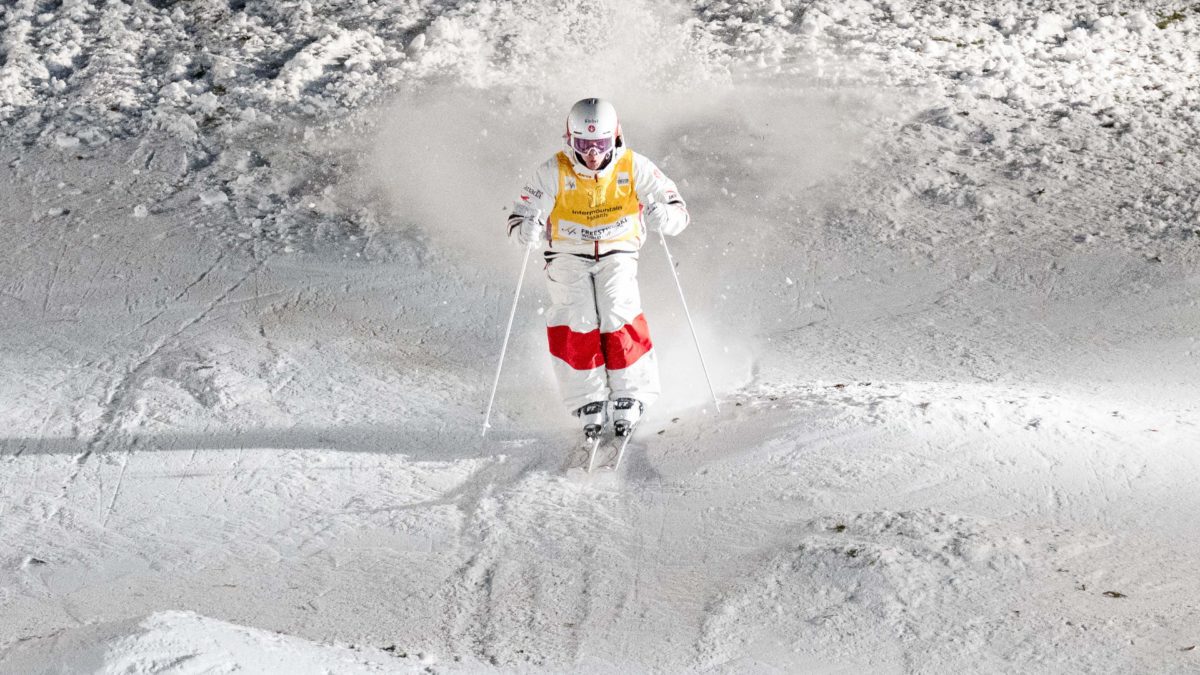