PARK CITY, Utah — The Park City community has long been a proponent for adaptive sports. With nonprofits such as the National Ability Center (NAC), which started in 1985, and Paralympian athletes having a major presence in Park City, all eyes are on creating a world for athletes to have access to their sports regardless of limitations.

The Park City and surrounding area tally approximately 600 mountain biking trails, making it a premium destination for bikers looking to hit the trail. Unfortunately, access is not always as easy for everyone as hopping on a bike at the trailhead. Adaptive mountain bikers face many hurdles before they even get to a trail, much less on the trail itself.

What Adaptive Mountain Biking can look like varies depending on the hindrance the rider has to overcome. This leads to different types of mountain bikes, such as recumbent and kneeling hand cycles, bucket bikes, and tandem mountain bikes.

“Adaptive Mountain Biking encompasses a broad range of events and riders who typically cannot ride a standard mountain bike and require adapted equipment and or trails to suit their physical, intellectual, neurological and sensory abilities,” as described by Break The Boundary, a nonprofit from Australia dedicated to increasing access to mountain biking.

According to Trail Forks, 69 trails in the Park City area are “adaptive-friendly”. Unfortunately, even though a trail is listed as adaptive-friendly, it doesn’t mean that access is easy or that adaptive bikers can ride by themselves.

“There are probably three or four trails I can go on independently around the area, like Park City in general. But really, anything other than that, I have to have at least one to two other people with me for obstacles, narrow sections, and things like that,” said Maggie Gettys, an adaptive rider and Recreation Program Instructor at the National Ability Center.

Organizations like the NAC have collaborated with Basin Recreation, Mountain Trails Foundation, and others to make the necessary adjustments to increase access for adaptive riders.

“I think the key thing that we try to push is that it’s a right that everyone has … when you see Maggie or other riders out, not to be like, oh, it’s so special,” said Tracy Meier, Program Manager at the NAC. “People like Maggie should be able to go out and ride a bike.”

Beyond the need for accessible trails, hurdles such as cost and bike availability are still significant problems for adaptive riders. Even with the many grant opportunities to help with the price, there are still challenges.

“There are grant-based companies that provide people with disabilities money to buy adaptive equipment. The one that I went through was Kelly Brush Foundation. They get people with spinal cord injuries money for active pursuits,” said Gettys, adding, “There’s also the Challenge Athletes Foundation, which is another big one that also gives people of all differing abilities money for adaptive sports equipment. They’re so expensive that often you need two different grants or three to get one piece of equipment.”

The National Ability Center uses its resources to acquire adaptive bikes to give many their first opportunity to hit the trail. Adaptive riders also have access to programs at the NAC, ranging from one-on-one training sessions with instructors such as Maggie to a week-long summer program for handcycle riders called The MOFO Ride Adaptive Mountain Biking Camp.

“In our current world, bikes, in general, are hard to get manufactured and get in, and then you add in the adaptive bike component, and they’re only manufactured from a very limited number of places, and it can take up to a year to be able to get a bike. We just ordered one that was close to $40,000 for the program,” said Meier.

Beyond the training or camps that the NAC offers beginner and seasoned adaptive riders, there’s also a community for those with disabilities to join, such as weekly group rides. Adaptive bikes offer an experience of freedom and access to areas that would otherwise be difficult to get to for people with disabilities. For people like Gettys, being on a bike is a special place.

“I always like to say that my bike isn’t just like a bike. It’s a tool for me to have access to the outdoors. Because of the places my bike can take me, I would not be able to access it without my wheelchair or my crutches,” said Gettys. “Having this bike just opens a lot of doors to be able to see views that able-bodied people can walk up to or ride their bikes up to.” 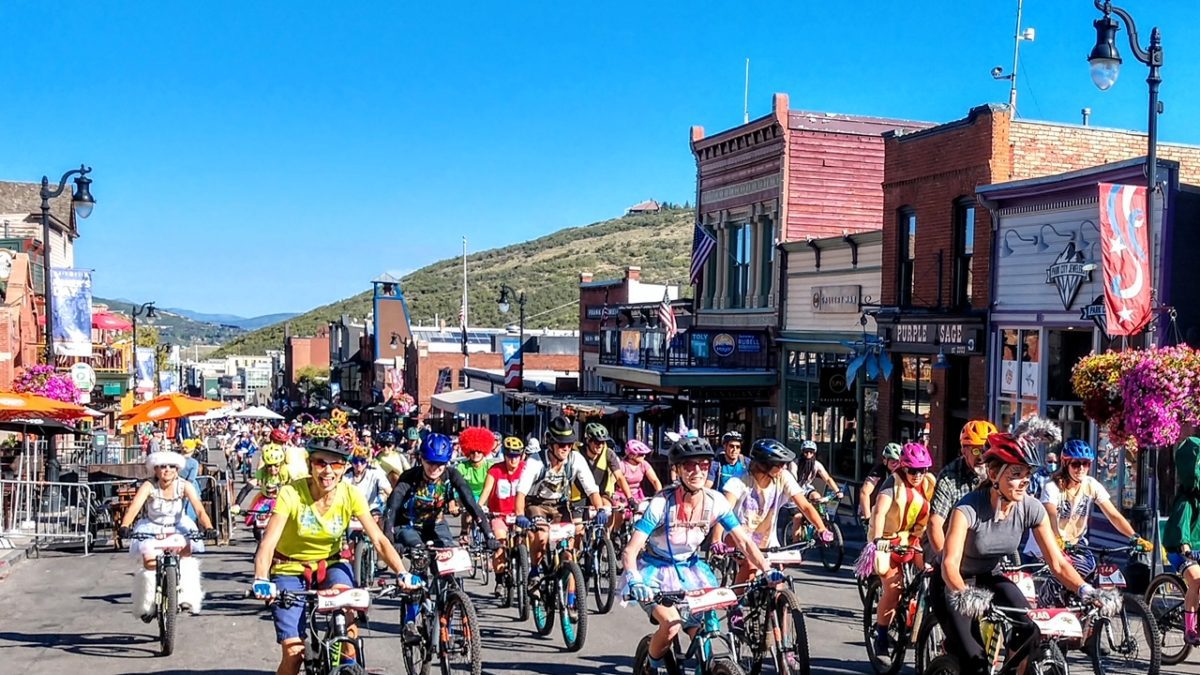