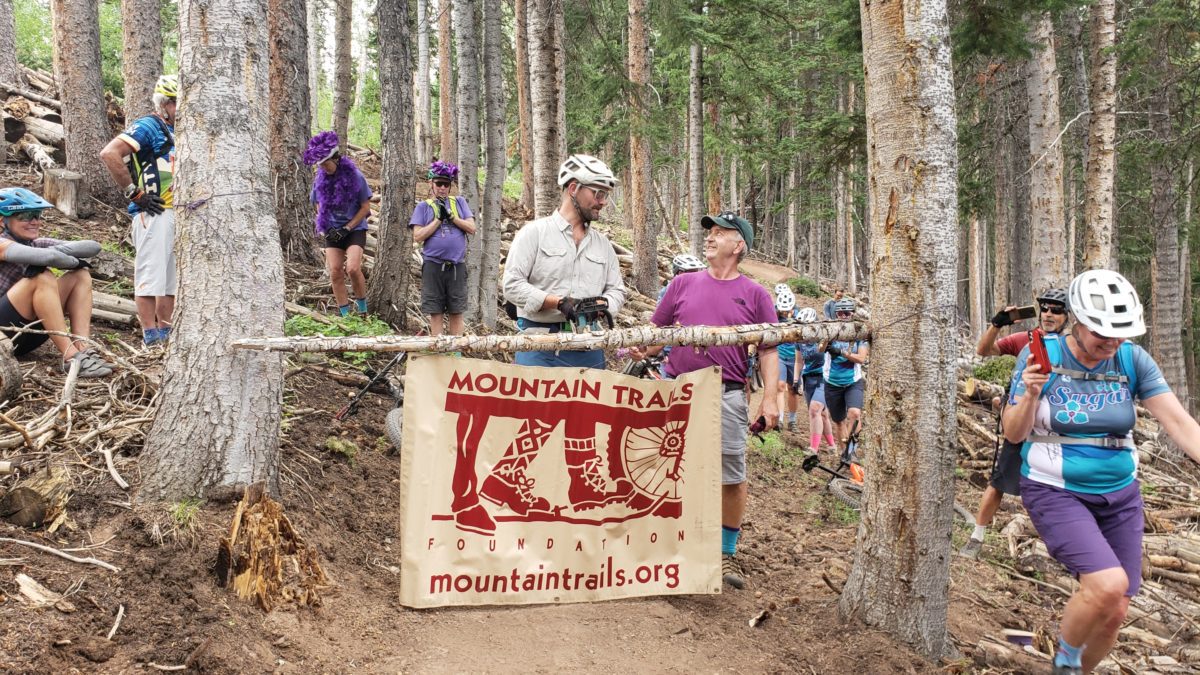 PARK CITY, Utah- Today at 3:30 p.m. there will be a ribbon-cutting ceremony for a new trail, dedicated in honor of Cyndi Schwandt. The new trail, Cyn City, was built by the Mountain Trails foundation, a local non-profit organization in Park City.

To get to the ceremony, there is a hike or bike approximately 1.5 miles from the Guard Road on the Charlie’s 9k trail to where it intersects with the Black Forest trail, near the McConkey’s area of Park City Mountain Resort.

Schwandt passed away 3 years ago, while pre-riding a trail on a Monday night. She was riding alone, and checking out a trail before taking a guided group out the next day.

In her honor, the Mountain Trails foundation constructed a new trail. Mountain trails builds trails throughout the Park City area, and cooperates with the resorts and private landowners to create accessible trails for people to enjoy. Cyn City, the trail built in Cyndi’s honor, is a trail that connects Charlie’s 9k trail to the mid-mountain Black Forest trail. The trail is downhill, and falls about 1,000 feet, because Cyndi Schwandt loved to ride fast.