In Utah and other Republican-led states, unsubstantiated election fraud claims have upended support for vote by-mail, a practice that not long ago was overwhelmingly popular among Republicans. Photo: Tiffany Tertipes

Holt came away confident in the integrity of the vote count after the tour in one of the state’s Republican strongholds and even suggested election officials do more to publicize the tours in Provo.

“Because we had this national fraud thing going on, everybody thinks there’s fraud here,” the 76-year-old Republican said. “I feel like Utah County is good. But I don’t know if we have problems in the rest of the counties in the state.”

Distrust in elections continues to reverberate around the U.S. and subject election officials to new levels of scrutiny, even in Utah where universal mail-in voting has been widely embraced since the GOP-controlled Statehouse allowed counties to adopt the policy a decade ago.

Pushed by constituents like Holt swept up in fears of widespread fraud, lawmakers made election security a central focus in the Statehouse this year, with 35 proposals considered. They ultimately passed laws tightening voter ID, requiring 24-hour surveillance at ballot drop boxes and making it easier for people to opt out of mail voting, but rejected more drastic proposals, including one to end universal vote by mail altogether.

Despite a newfound focus on outreach and education from election officials, doubters remain and opposition to the state’s vote-by-mail policy has grown.

Utah, where then-President Donald Trump won the last election by 20 percentage points, is the only Republican-led state to mail all active voters ballots each election.

A decade before Trump called it “the greatest scam in the history of politics,” lawmakers championed the practice as a way to boost turnout and make voting more convenient in rural areas. Before 2020, the top concern voiced by election officials was parents of those serving missions for the Utah-based Church of Jesus Christ of Latter-day Saints filling out their children’s ballots.

By 2019, every county in the state had opted into the state’s policy allowing counties to mail all active voters ballots making Utah the fourth state to conduct “all-mail” elections. On Election Day, a limited number of polling places remain open.

The practice was so popular that in Utah County — where Holt toured the ballot center — there was an outcry from residents after officials in 2018 decided against mailing ballots to all active voters, one year after implementing the policy for the first time.

“This is just blatantly wrong. It isn’t the American way,” a city official complained about the decision at the time. “Don’t we want high turnout?”

The county later reversed the decision.

Fast forward several years: Mail-in ballots remain the overwhelmingly popular method for voting, with 92% using them in the 2020 general election. But unproven claims that they open the door for widespread fraud is transforming the policy discussion, provoking rancorous opposition and newfound skepticism.

Opponents crowded five overflow rooms to listen to a legislative hearing on a proposal to abolish universal voting by mail earlier this year.

Fresh off a failed effort to gather signatures and qualify a measure for the 2022 ballot that would end voting by mail in Utah, members of the anti-mail ballot crowd referring to themselves as “We, the People,” said they had heard of ballots mailed to voters who had died and urged lawmakers to require post-election independent audits.

“We’re blanketing communities with ballots and assuming that the people that we’re sending them to are legitimate on the voter rolls whether they requested it or not. And what we’re finding in Utah and other places is that that’s not always the case,” he said.

Opposition to mail-in ballots has also emerged in other Republican-led states that expanded their use before the 2020 election. In Nebraska, counties with fewer than 10,000 people may conduct all-mail elections. In Georgia, the secretary of state mailed absentee ballot request forms to every voter ahead of the 2020 election.

In many of these places, a schism has emerged between veteran Republican lawmakers who considered election-related bills for years before they became politicized and ones who ascended to office during the Trump era.

In Georgia, Republicans since 2005 have gradually expanded practices such as early voting and no-excuse absentee ballots. Ed Lindsey, a former state lawmaker who now serves on Georgia’s election board, said he observed such a generational divide.

Last year, veteran lawmakers, Lindsay said, were prepared to tweak rules to make ballots more secure, but fought efforts to end no-excuse absentee voting entirely. “They certainly weren’t prepared to throw the baby out with the bathwater because they’d seen that this was something their constituents liked,” he said.

Election officials there and in Utah are unsure whether trends will continue showing more people choosing to vote by mail, or whether opposition will lead people to return to polling places and potentially long lines.

In Utah County, the rancor contributed to the sitting county clerk’s decision not to seek reelection.

Unlike what he and others in the election office had grown accustomed to before 2020, officials are “facing a constant barrage of scrutiny,” Clerk Josh Daniels said.

“It’s like playing a game of whack-a-mole, trying to respond to questions and concerns, records requests and things like that — some of which are very interesting and bizarre,” he added.

Daniels’ likely replacement, Republican Aaron Davidson, is a universal vote-by-mail opponent who told an applauding audience in a March debate he planned to petition the Legislature to end the practice.

Davidson plans to follow state laws, which currently require he mail all active voters ballots. “But I’m going to do everything I possibly can to make sure if we’re doing vote by mail, it’s going to be as clean as possible,” he said in an interview.

Rep. Steve Eliason, a Republican who sponsored the 2012 legislation allowing counties to implement all-mail elections, said its opponents were vocal, but still very much a minority. Regardless of the growing number of calls he may field about elections, after seeing all counties gradually switch to universal vote by mail over the past decade, he’s confident it’ll survive challenges, even in deep-red Utah.

“We got ahead of the curve when it wasn’t politicized,” he said. “It’s largely been institutionalized. They’re what people are used to. It’s convenient.” 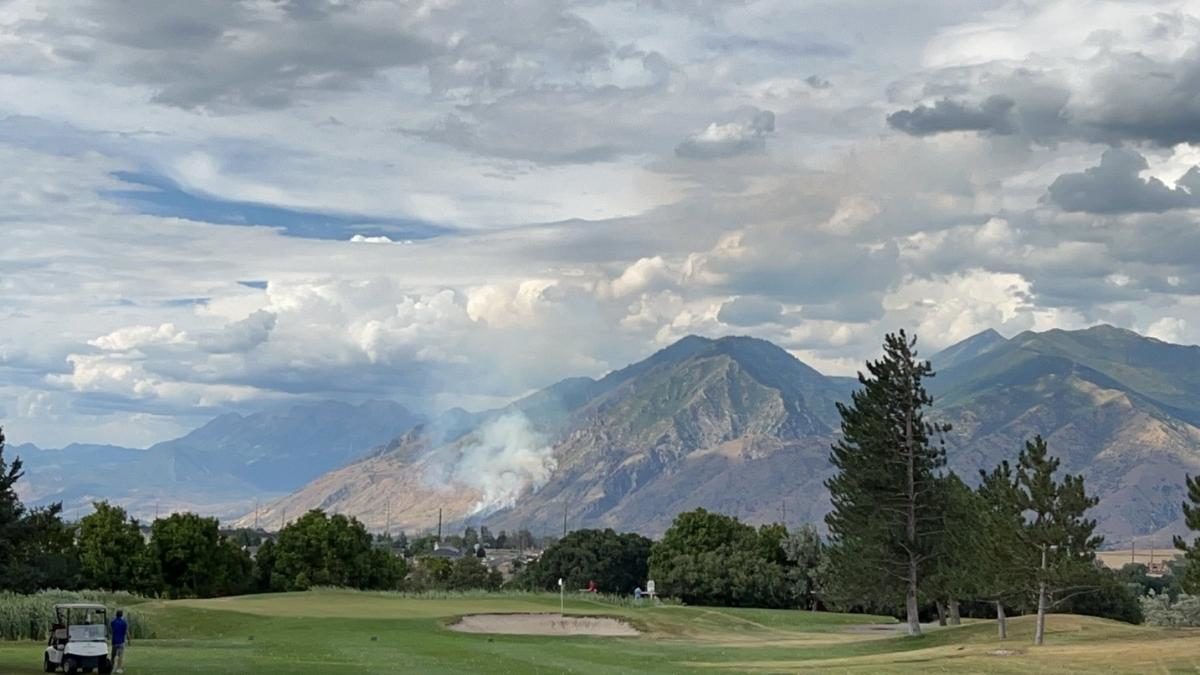