Colonel Rob Sergent Jr. is from a long Kentucky lineage, although being a Kentucky native is not a requirement to earn the high honor. Photo: Alpine Distilling.

The commission of Kentucky Colonel is the highest title of honor bestowed by the Governor of Kentucky. It is recognition of an individual’s noteworthy accomplishments and outstanding service to our community, state, and nation.

“Being recognized as a Kentucky Colonel is a great honor which I take very seriously and validates the hand-crafted, small-batch distilling we are doing in Utah. Scott County is often credited as the home of Bourbon. It was also home to our family farm and my earliest memories. Alpine is very much the distilling bridge between tradition and innovation, and joining the Kentucky Colonel ranks presents a new opportunity to share Kentucky history, tradition, and the role that whiskey plays in society.”

Sergent’s family settled in Kentucky in the mid-1700s. His family had farms in Scott County and East in Harlan. The Sergent children to Rob and Sara are the first in the Sergent family born outside Kentucky. “If you farmed in Kentucky, you most likely distilled… [our] distillery bridges the gap between his family’s history and its future in Summit County,” said Sara Sergent. She is also a critically acclaimed distiller in her own right.

“As a socially conscious brand, we craft our products in a manner that reflects our community’s values while incorporating classic distilling principles and our Kentucky heritage. All of our products are delicious, with distinctive flavors, and continue to win prestigious gold, double gold, and platinum awards in the US and abroad,” she said.

Alpine Distilling sources many of its ingredients from Kentucky, including the yeast that creates its whiskeys. 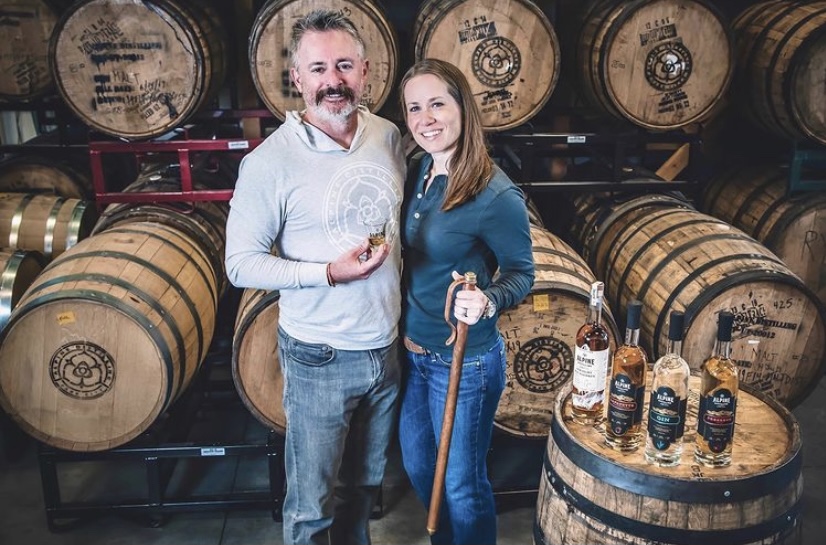