SUMMIT PARK, Utah. — Park City resident and world-renowned ski mountaineer Andrew McLean joined Miles Clark, the founder of “The Snowbrains Podcast,” for an interview released Dec. 1.  The series started about a month ago and is sponsored by Alta. The interview with McLean is an interesting insight into his career and life in the mountains.

McLean has lived in Park City for years. He worked at Black Diamond Equipment, beginning in Ventura, California and moving with the company to Salt Lake City. This is where he invented the Whippet Ski Pole. The Whippet is a combination of the ski axe and ski pole, used for ski mountaineering. When working for Black Diamond, McLean, Brad Barlage, and Alex Lowe helped to coin the term “Dawn Patrol.” Mid-week, they would wake up really dang early, ascend, and ski amazing Wasatch lines. All before the workday began. You can imagine the smiles and crazy hair walking into the office in the morning. Many of these “Dawn Patrols” helped to provide the content for McLean’s infamous book, the Chuting Gallery.

Steep is a legendary big mountain ski movie that McLean worked on. It included Seth Morrison, Bill Briggs, Doug Coombs, Ingrid Backstrom, and Shane McConkey. In the Snowbrains Podcast McLean talks about the media and press tour that he did for the release of Steep. A highlight for him was meeting Stephen Colbert of The Colbert Report in 2008 (here is a clip of the interview).

These days McLean gets most excited about an annual trip to Antarctica with Ice Axe Expeditions. He’s a guide for backcountry ski enthusiasts on the most remote continent in the world. This year’s trip was postponed until November 2021. There are 41 out of 116 spots left for clients to join. So, if you’re up for an adventure, look into it. But for now, give a listen to this podcast and learn more about your neighbor McLean. 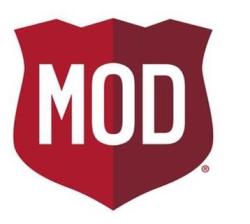